Maps can be created using 3D models (design drawings, elevations) on "SENSYN CORE" and automatically flown using "Mini," which performs self-positioning with Visual SLAM, etc.
By automating a series of processes from automatic drone flight along a specified route to uploading, managing, and visualizing the acquired data, the system can significantly improve the efficiency of work conventionally performed by humans, such as inspection and patrol of unmanned building facilities in factories, plants, and construction sites.

Drones usually use satellite positioning systems such as GPS to determine their current location, and work with other sensors to achieve autonomous flight. However, satellite signals are difficult to receive indoors, in basements, tunnels, under bridges, and inside tanks, making positioning either impossible or subject to large positioning errors. Even when using an aircraft capable of self-positioning in non-GPS environments, it was not possible to set intuitive routes by aligning the aircraft's self-position with its position on a map.

The newly developed indoor autonomous flight system enables route setting and display of the aircraft's self-position on a map with a 3D model, dramatically improving usability. The system is expected to be used for large equipment inspections in factories, inventory control in distribution warehouses, security at large commercial facilities, and progress management of properties under construction, thereby making these operations more remote. 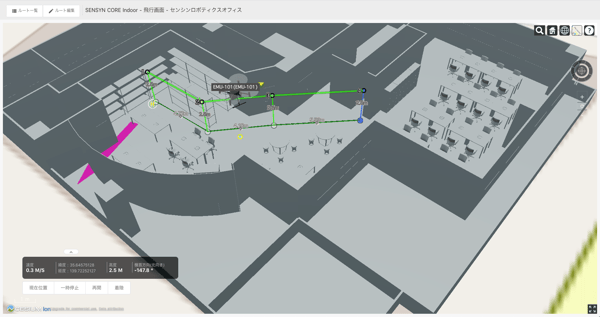 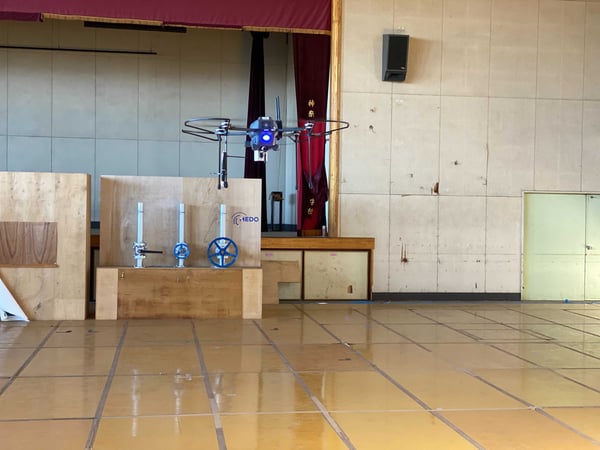 SENSYN ROBOTICS and ACSL will continue to advance the remoteness and sophistication of patrols and safety management, and develop solutions that can contribute to solving manpower shortages and ensuring worker safety, which is also a social issue.