It was confirmed that the new observation system is effective for fixed-point observation in places where human access is difficult, which will lead to the possibility of future research activities. 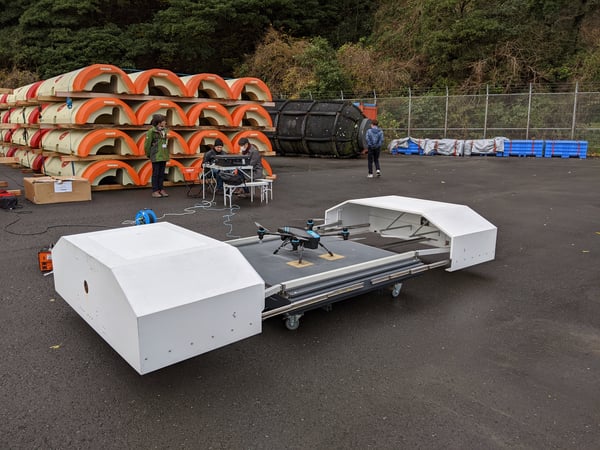 Contents of the experiment

We conducted a fully automated vegetation survey over the Natsujima Shell Mound, a National Important Cultural Property, using the SENSYN DRONE HUB for the purpose of identifying tree species by focusing on the plant season through drone observation.

In the demonstration experiment, the following verifications were conducted to acquire image data for use in vegetation surveys. 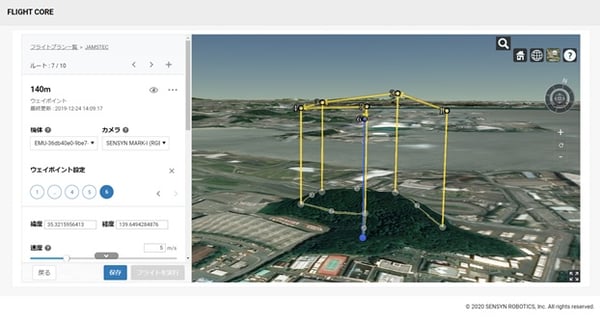 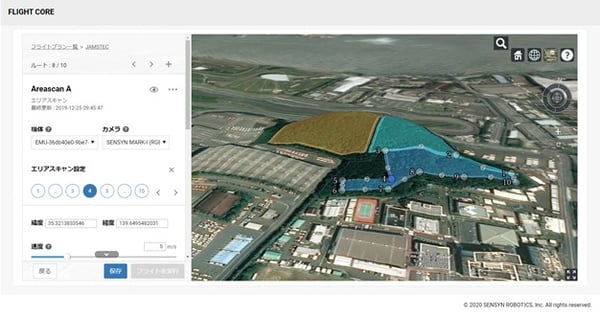 At the appointed time, the drone will automatically take off from the platform and fly exactly the route specified in advance on the system, followed by a fully automatic and precise automatic landing.

In this verification experiment, the flight was verified within visual range of the operator, and it was confirmed that all missions from take-off to landing could be carried out without the intervention of workers, confirming that the drone has the necessary functions for unmanned operation.

We plan to continue measuring and testing the effectiveness of the system in order to achieve fully automated operation in the future.

This demonstration experiment was conducted with the permission of the Yokosuka City Board of Education (Agency for Cultural Affairs). Since this site is located in an area where unauthorized drone flights are prohibited, we flew with permission from the Ministry of Land, Infrastructure, Transport and Tourism. 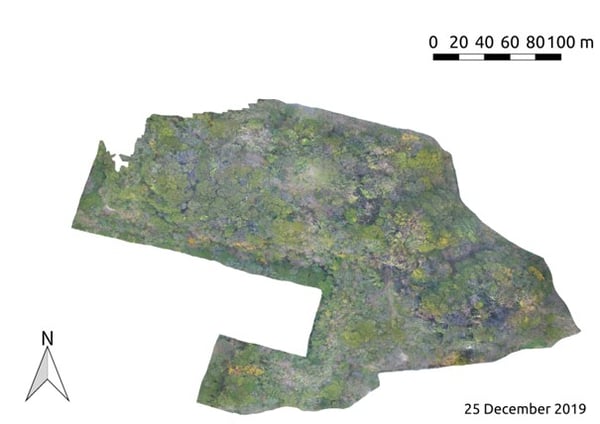 Orthomosaic image of the Natsujima shell mound, taken with 80% overlap and synthesized using Agisoft's PhotoScan (courtesy of JAMSTEC Principal Investigator Makoto Nagai). The trees growing in the Natsujima Shell Mound can be seen in each individual.

What customers expect from the SENSYN DRONE HUB

Conventional drone observations have been difficult to set up the high frequency flights required to systematically understand natural phenomena. We believe that the SENSYN DRONE HUB is very useful to solve this problem and is one of the attractions of using the SENSYN DRONE HUB in natural science research. We strongly hope that the development of a safe and flexible system for further practical use will continue through repeated demonstration tests and technological developments in both software and hardware.

SENSYN ROBOTICS is promoting the complete automation of drone operations as a way to solve the problems of "lack of human resources to operate drones and check the images taken" and "man-hours to train and secure drones" when they are used for actual operations in various fields such as equipment inspection, disaster response, security and monitoring.

Outline of the demonstration experiment

SENSYN DRONE HUB is a system that promotes the automation of operations. It has integrated control software and operation applications in addition to bases (drone ports) to support drones, automatic takeoff and landing, and automatic charging.