The purpose of this proof-of-concept is to verify the usefulness of drone utilization in assisting disaster recovery task force located away from the coast to make immediate confirmation of the disaster that strikes a wide area as it is difficult to obtain information from traditional fixed-point cameras. This proof-of-concept also examined the usefulness of drone utilization in issuing evacuation alerts with guaranteed safety for the person in charge of disaster alert activities in areas where it is difficult to issue alerts using patrol cars. 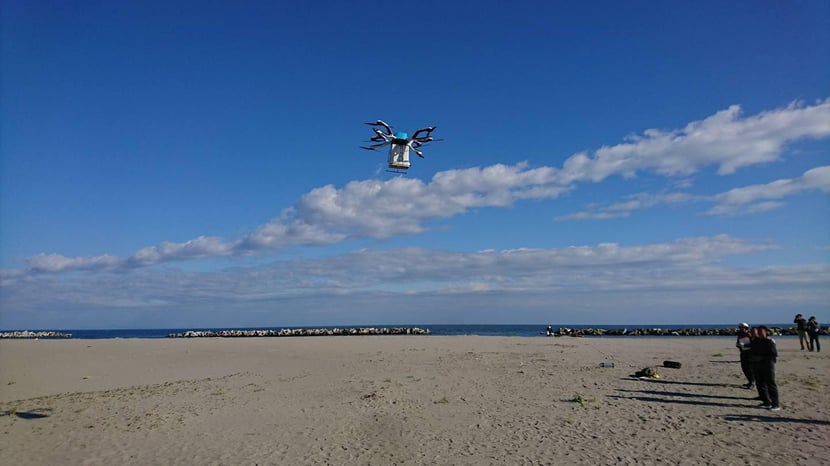 The drone flying above Fukanuma Beach, Wakabayashi-ku, Sendai filmed the situation along the coastal line. The images are sent in real time to the monitors in Sendai Disaster Information Center located on the beach and in Aoba-ku, Sendai via V-Cube Robotics' video sharing system. The proof-of-concept confirmed that it is possible to immediately grasp the situation in disaster zones from Sendai Disaster Information Center. The proof-of-concept also proved that it is possible for the person in charge of evacuation alert to alert the people within the affected areas to evacuate without approaching the danger zone by deploying a large drone installed with high-output speakers to issue the evacuation alert while flying above the areas.

Mountain Search and Rescue in Winter in Sendai