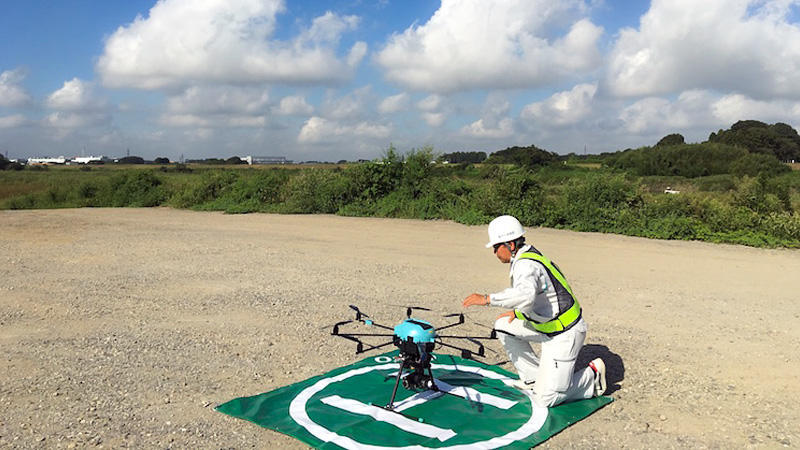 The purpose of this proof-of-concept is to verify whether real time sharing of the situation in disaster areas filmed by drones among multiple offices in remote locations is an effective new approach for administrative institutions required to issue evacuation alerts or take appropriate preventive measures when there are signs of flooding.

Details of the Proof-of-Concept for Drone Utilization during Floods

A task force made up of the Joso City Mayor and his staff, fire department, police department and the staff from Geospatial Information Authority of Japan, which is a department within the Ministry of Land, Infrastructure and Transport, is equipped with monitors displaying real time video communications service screens. Upon receiving instructions from the task force via real time video communications service, the operator controlling the drone filmed the situation, water level and so forth, at the Kinugawa River riverbed. The images are then transmitted to the task force. The proof-of-concept verified whether or not holding task force meetings similar to the meetings held during disasters after receiving the situation in disaster areas will lead to smooth formulation of recovery plans.